What is Laser TV? 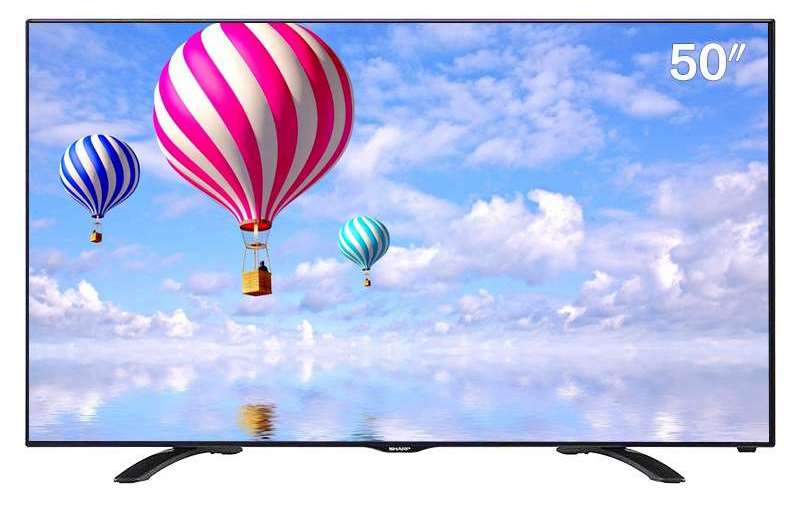 Another road is Home Theater Projector, there are so many brands, such as Epson, Sony, NEC, BenQ, Viewsonic, Optoma, Vivitek and JmGo, etc… But common home theater projector is not Laser tv.

So what is Laser Television?

Laser Source.  Of course, be laser tv, the source of light should be Laser! For the traditional projector, the source is LED lamp, the life of lamp is about 4000~5000 hours,  Only after 2 or 3 years you should replace the lamp, it is not a Laser TV. If select Laser source, the life is extend to 30000 hours! Can be used for 10 years. The brightness of screen of laser source is more than common LED source.

Big Screen. Be a future technology, Laser TV should fulfill the trend of television revolution: more bigger screen. 55~65 inches is the main steam of LCD TV until now. How much if the screen bigger than 100 inches of LCD TV ?Maybe over 100K USD. But for the laser TV, the price should below 10K USD, only 1/10 of the LCD TV. So what is the secret of Laser TV, how can them get such performance with low cost? They are ultra short throw projector with laser source!

What is Ultra Short Throw Projector?

Can you image projection ratio reaches 0.6, or even below it? For 100 inches screen, the length of screen is about 2m, so the distance between screen and projector is only 1m or even less. 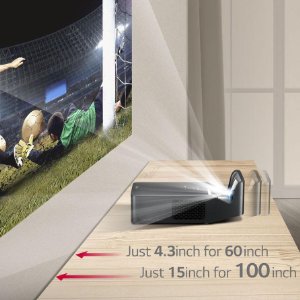 Laser is the highest intensity of artificial light. The science and technology industry has made great efforts to make the laser beam used in projection imaging.
Compared to other light source, the laser imaging efficiency is high, the optical performance is stable, color is more pure, brightness is more uniform.

Traditional projector can only show the 30% color of the nature which people can identify, resulting in another 70% of the color can not be intuitive to feel. Solid LED or laser is an ideal light source for digital imaging, laser film screening performance more than 90% of human color recognition, laser film projection function to the viewer to restore a more perfect colorful real horizon, to better meet the needs of film broadcast on demand.

Traditional projector in use after a period of time with light decays rapidly and the image becomes dark yellow (such as luminance attenuation, color saturation and contrast decreased), at the cinema the high requirements of use occasions, even if the lamp is still glowing, also had to the replacement of lighting, resulting in high use cost. Laser projector is laser as the light source, the service life can reach more than 30000 hours. The decline process is slow, making the output quality to maintain long-term high brightness, color saturation, contrast, color image is always bright as new.

What is the Problem of Laser Technology?

At present, the bottleneck of laser technology industrialization is that the cost of light source is high, the industrial chain collaboration is difficult, the lack of resources and the comprehensive environmental facilities and industrial investment is not enough. Laser technology can solve the current technical problems, and the market is still need time. At present, some industries are still struggling with the laser display standards, more product placement attempt is the trend.

How to Select a Perfect Laser TV? Please follow the guide:

Major Players in the Field of Laser TV

In 2013, LG launched their Laser TV, code-named Hecto, consists of a short-throw projector and specialized 100-inch screen.The Hecto behaves more like a TV than a traditional projector. You can get up and walk around the room without casting a shadow on the image, or having to mount it on the ceiling. And much like a TV, the Hecto is designed to produce an image that doesn’t wash out in normal room lighting. In the fact, the laser projector technology which called ALPD ( Advanced Laser Phosphor Display) is coming from Appotronics, a company based in Shenzhen China, maybe the hidden Unicorn Company at the Laser light area in the future. 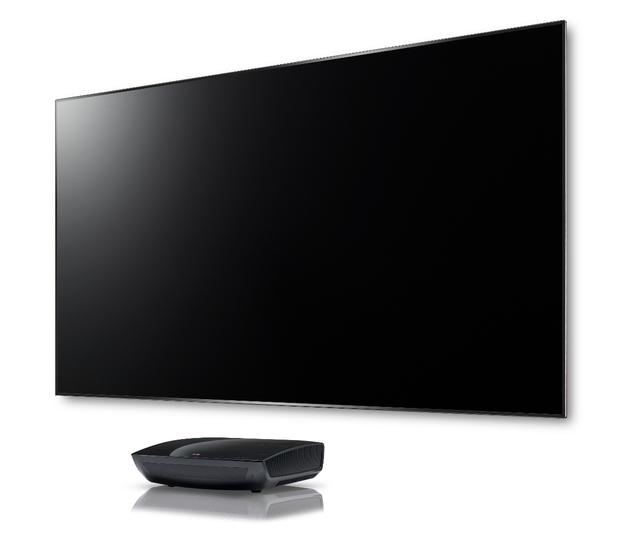 Besides Laser light resource, LG has a great Ultra short throw 1080P projector which called  PF1000U, equipped with Bluetooth and Wi-Fi connectivity, the PF1000U projector can away from the wall or screen only 15 inches (38 cm) where you can project a 100 inch image, very easy to use. In addition to Full HD compact, brightness of PF1000U staggering 1000 lumens, and the energy consumption is only 1/3 of the competing models.

At 2015 International CES, Hisense has shown off the Vidaa Max which is called cinema TV, a short-throw laser projector that can beam a 100-inch image from a distance of only 2 feet. The projector doesn’t require a dedicated screen, meaning the console can be moved easily from room to room, unlike other similar products like the LG Hecto Laser TV.

As the world’s leading technology brand projector, Optoma first launched the LC1 and LCT100 ultra short throw laser theater projector, has been liked since embraced by the majority of users. Last month, as an upgraded version, LC2 andLCT110 launched and will be beyond the classic. They inherit the previous generation of many advantages and also improvement in detail, will become a new generation of leaders of laser TV! 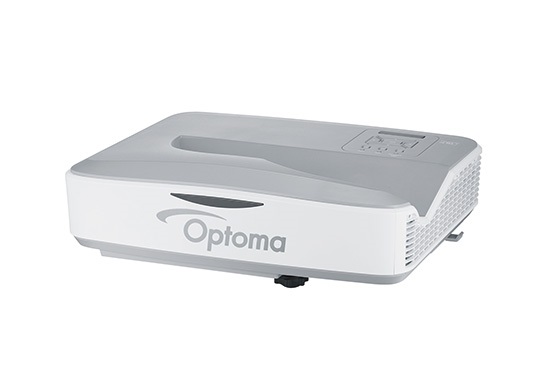 BenQ, i950L and i955L two ultra short throw laser TV, can be said to be tailored for the living room, home theater, space size is no longer a problem, a hundred inches large screen close at hand. And mainframe size, according to the standard TV cabinet size research and development on the market, only need to be placed on the TV cabinet can be used as a living room viewing era weathervane. Not only that, taking into account the use of different consumer demand, BenQ laser ultra cast TV screen size has also made new changes. With its anti light screen, it offers four choices, 80 inches, 90 inches, 100 inches and 120 inches. You can tailor them according to your actual needs. 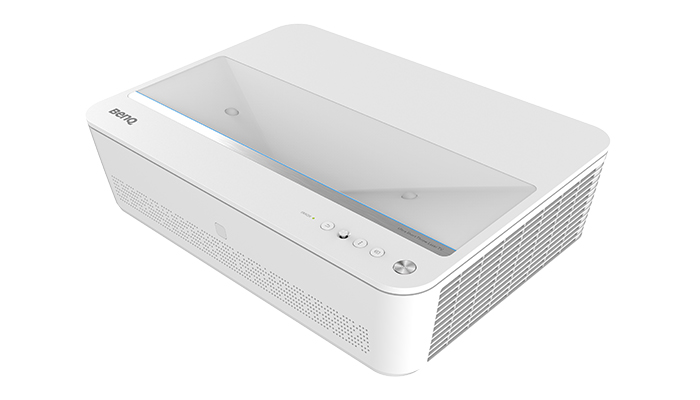 Xiaomi launch Mijia laser TV on 28th June,2017. And the performance is best until now in the ultra short throw projector market. The price is quite cheap. I think this is the best laser TV in the market. 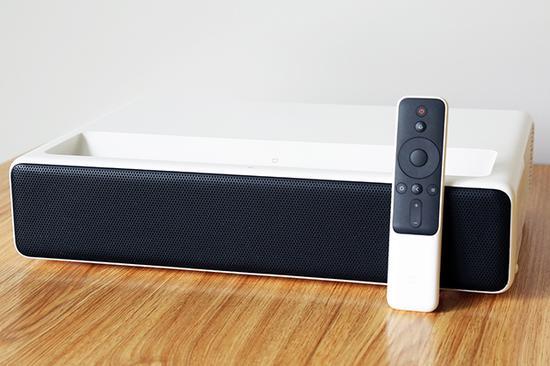 As we all know, Epson is the KING of projectors. Every projector with Epson logo, means better image quality and high stability. Epson LS100 also has such characteristic.Most laser TVs use TI DLP solution, for the cost issue and want much more small size. DLP need rolling color wheel to get different colors. Sometimes besides RGB rolling wheel, a Yellow color will put into the wheel to get more image brightness, or just white light passthrough. 3LCD has not such features, it has 100% RGB color and very sharp contrast of color. Without rainbow and color overflow, eye watching is more comfortable and products are more comfortable. At most times, 3LCD solution need more cost. 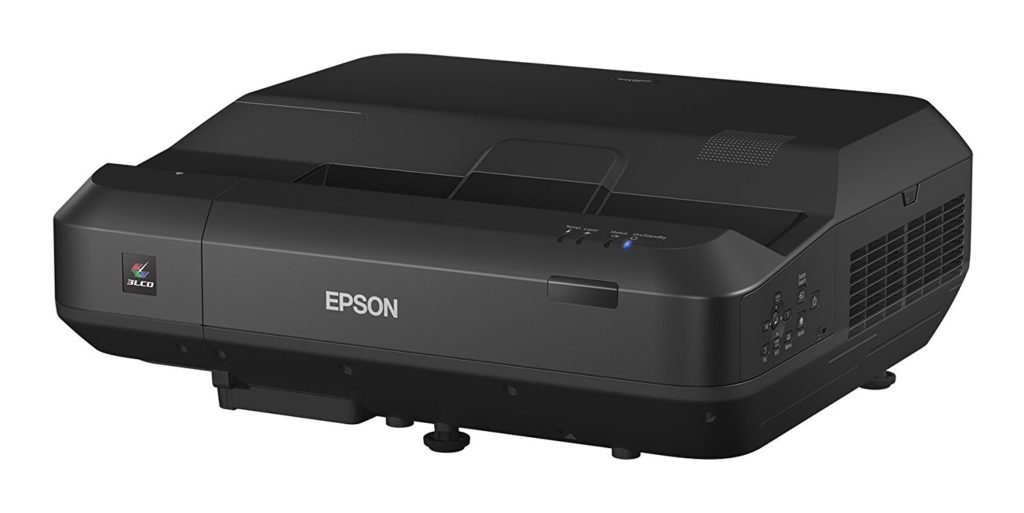 What is the next?