LG launched three Minibea series projector in CES the end of 2015, all equipped with Bluetooth and Wi-Fi connectivity, the PF1000U projector can away from the wall or screen only 15 inches (38 cm) where you can project a 100 inch image, very easy to use. According to reports, the introduction of a total of PH550, PF1000U and PF1500 three products. The PH550 size is small and without any connection line, is the first equipped with three level wireless connection function of the projector. The user can send the content of the intelligent mobile phone or tablet to the projector through the Share Screen which can enable the Wi-Fi mirror function, and can realize the wireless connection of the sound box through the Bluetooth function. Built in rechargeable battery, can be used continuously for 2.5 hours without the need to connect the power supply socket. Currently commercially available projectors which did not have such a high level of connectivity and freedom. The size of PH550 is less than half the standard A4 paper, easy to carry.

PF1500 will be able to ascend to the amazing brightness of 1400 lumens, the highest brightness LG all Minibeam projector models. In addition to Full HD compact, brightness of PF1000U staggering 1000 lumens, and the energy consumption is only 1/3 of the competing models.Whether the slideshow presentation or cinematic viewing experience, the PF1000U models of the brightness up to 1000 lumens. In addition, PF1000U operating noise in environmental models can be as low as 21 db. Under these advantages blessing, the models become the UST projector is currently the world’s most advanced. The design of PF1000U has win the reddot award 2016. 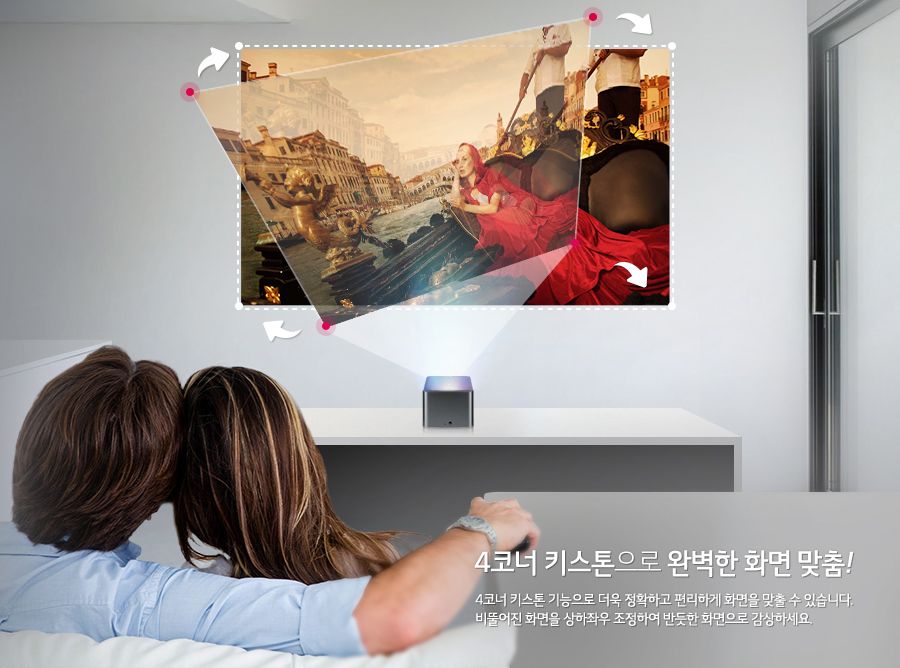 In fact, the shape of PF1000U similar with the previously released FP1500, but in the past to join into the mirrors, reflecting ultra short focal, perhaps because the reflection way so the brightness from 1500 lumens down to 1000 lumens, but with the four angle trapezoidal distortion correction function (edge adjustment). 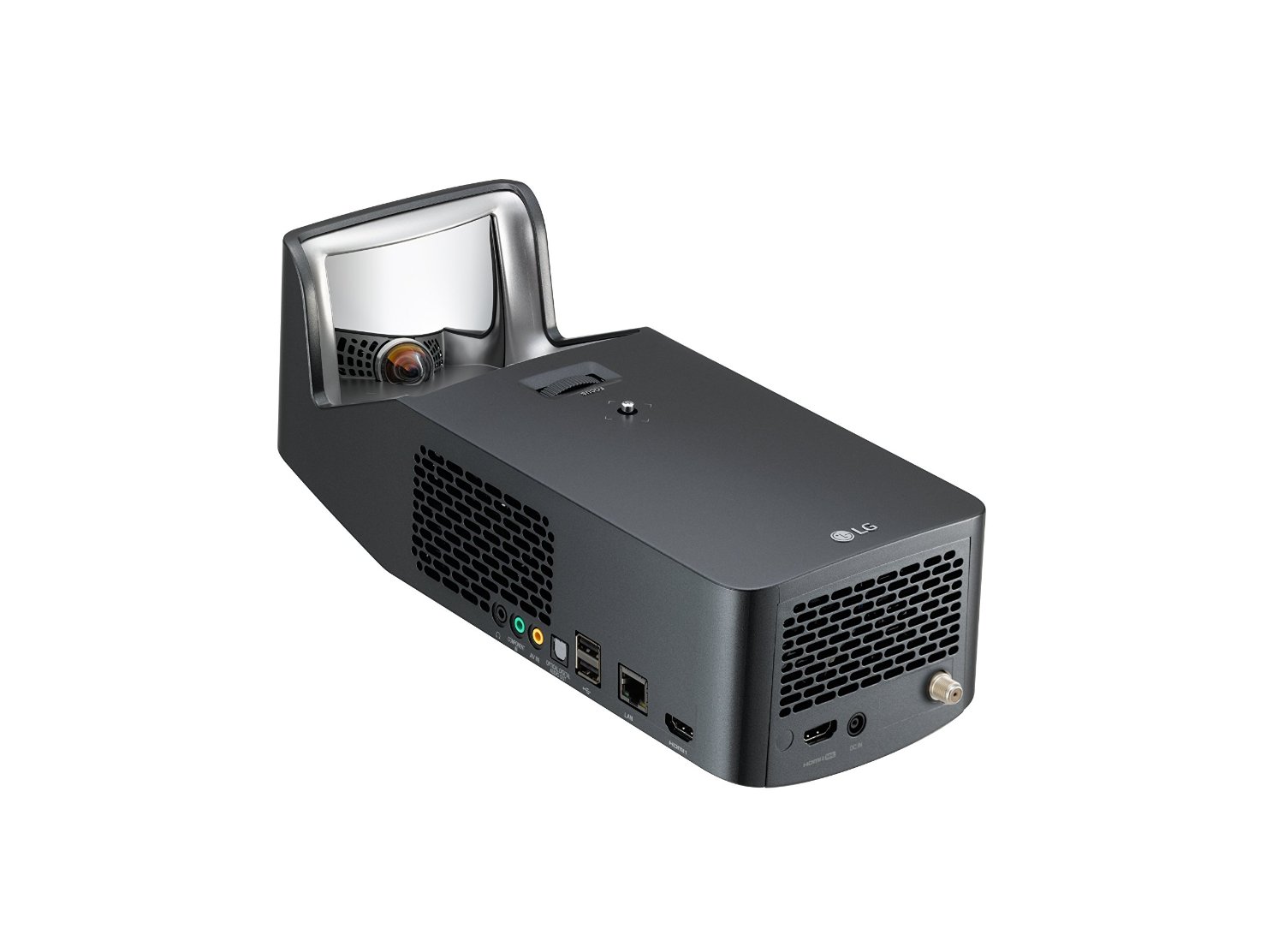 Suggestion: need a screen curtain to get more brightness. Otherwise if the surround is to be too bright and the wall is not so smooth… Ultra short throw projector has much higher screen quality of the screen than normal home theater projector. 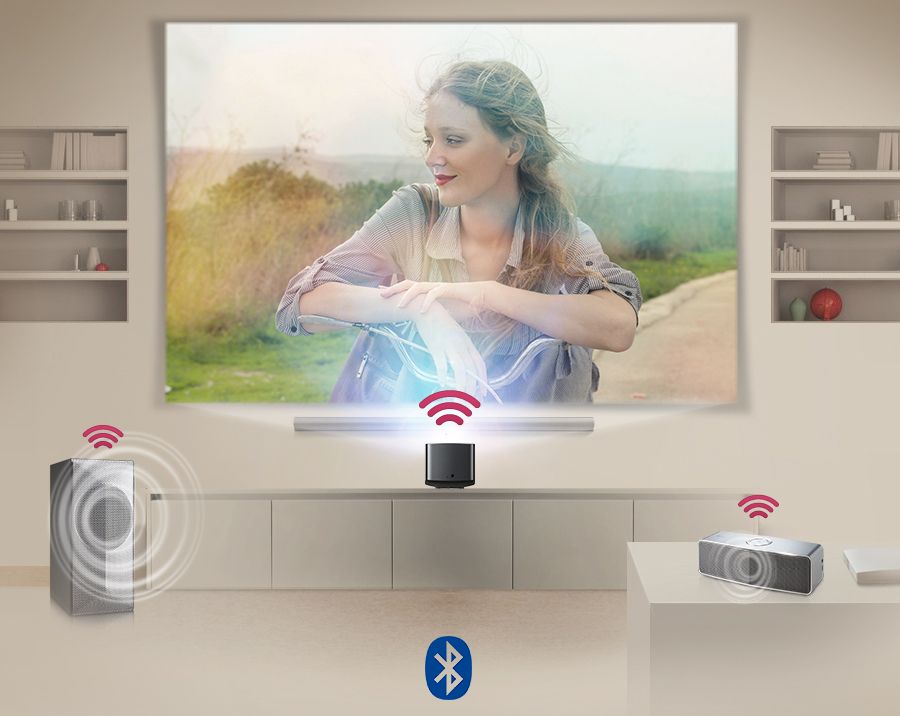 At the same time, PF1000U supports play insert U disk or audio and video files from DLNA home network, you can connect to your mobile phone or tablet via wireless network by using the intelligent  technology of Miracast , playback device on the content, or the use of the Intel WiDi wireless display technology to projected PC content onto the screen. In addition, although the PF1000U has an internal speaker, but the user can also use a cable or wireless Bluetooth wireless audio transmission to the external speaker. 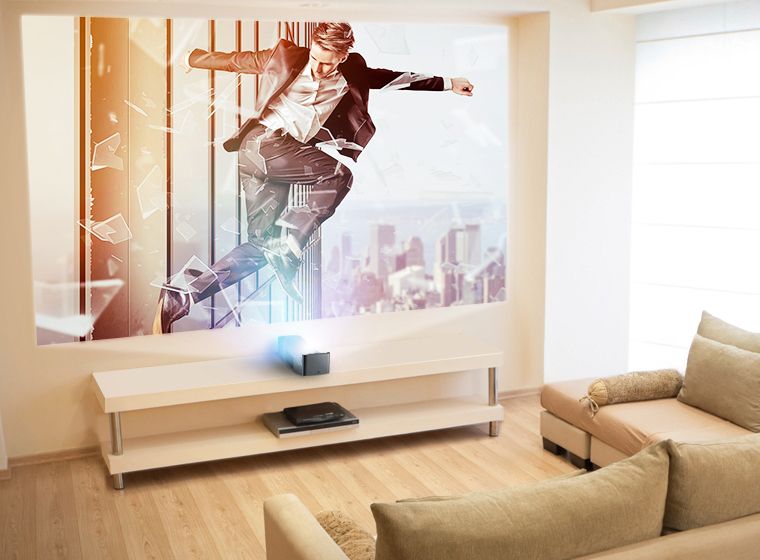 Some words from the customer:

“As far as the picture quality, I have this up against my normal white wall and there is no direct ambient light but light comes through the window and I have to say, the picture is pretty good. Again, I have some natural light coming in through my window and I can still definitely see the picture. When I turn off the light, it’s even better. I want to see what it looks like in complete darkness and I’ll update as I go along.”

Overall, or quite satisfactory, after all, to solve the uncomfortable problem of the people Eyes to watch TV, there is a big picture, the parameters are the best at this price. It is still relatively less fo the ultra short throw home projector, perhaps a few years will emerge more products, now it is the best!