Although laser TV is not what special fresh term, but for the laser TV understanding is not much in fact. There are too many online articles of the principle and overwhelming advantages of laser TV, but now give you to expose the five shortcomings of laser TV at present. A friend who wants to buy a laser TV can get to know it first.

Laser TV is a product of ultra short focus, that is to say, putting the laser TV on the TV cabinet can project nearly 100 inches of picture, so the laser TV does not need to be hoisted. But there is also a disadvantage on the use of the cabinet, that is, the machine is easy to move. Especially at home with children, many children are full of curiosity, so it is likely to move the laser TV product. Once the laser TV moves, it is difficult for the picture to be relocated. 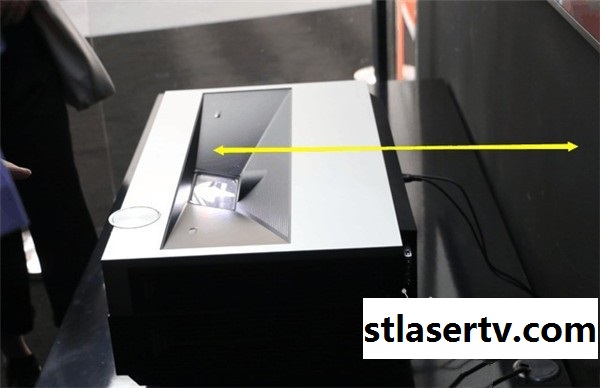 How to solve this problem? Users can use their own devices to fix the laser TV. Some vendors also provide pallets, pallets can be fixed with TV cabinets, and then laser TV and pallets are connected. This can solve the problem that laser TV is easy to move.

The phone can’t be directly projected on the TV screen

Many consumers are easy to ignore such a function when they buy Laser TV. This is the function of the wireless screen. The use of mobile phones is becoming more and more popular. Many users have made many video programs on mobile phones. If they can be projected onto TV synchronously, the effect will be very good. 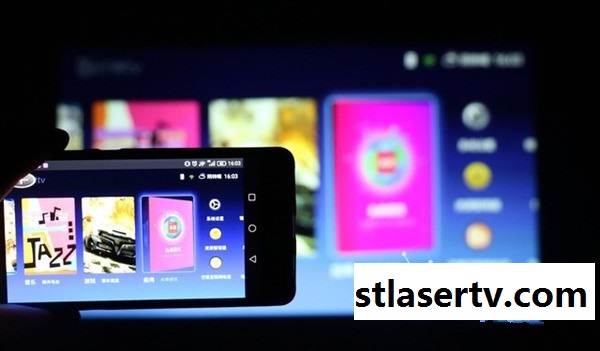 Have a wireless projection function, for example, we buy a video platform specific member, you can directly use the mobile phone to watch the resources on the big screen, do not go to the laser TV platform to buy VIP membership, it not only save cost, but also enjoy a large screen, and has abundant resources. Now a lot of laser TV does not have this function, in fact, it is very unwise. So when buying laser TV, consumers must consider buying products that support the wireless screen. The later resources are rich enough.

How to protect children’s eyes

Some consumers have children at home, so they are worried about the safety of laser TV. Although the security of laser television has been tested, many national institutions have confirmed that normal viewing of laser television does not cause physical damage to the eyes of the user. But many children do not go the unusual way. They may directly put their eyes directly on the lens. The so-called “curiosity killed the cat”. What happens if there is such a situation?

It may not be a problem to watch the picture of the laser TV, but the eyes are directly aimed at the lens of the laser TV, and the energy of the laser is much bigger. Children’s eye structure is not yet fully developed, so if they have such a behavior, they may cause some harm to their eyes. Now a lot of laser TV does not deal with this problem.

However, some products began to take account of this problem, which provided a reliable solution. That is to install sensors on both sides of the lens. Only when obstacles appear in front of the lens of the laser TV, then the laser TV will automatically black screen. In this way, even a child’s inquisitive probe will not have the problem of injuring eyes with laser rays. The family has children, when buying laser TV, need to examine this function much more.

The interface is too subtle, plug is not convenient

Now people’s output devices are increasing, including players, cable boxes, game hosts, etc., including U disk. So many output devices cannot be connected to the laser TV all the time. Most of the time is the need to use when people will wire connected, so we need regular operation interface plug. A lot of Internet users respond to the interface of laser TV in the back, the operation is really very troublesome. 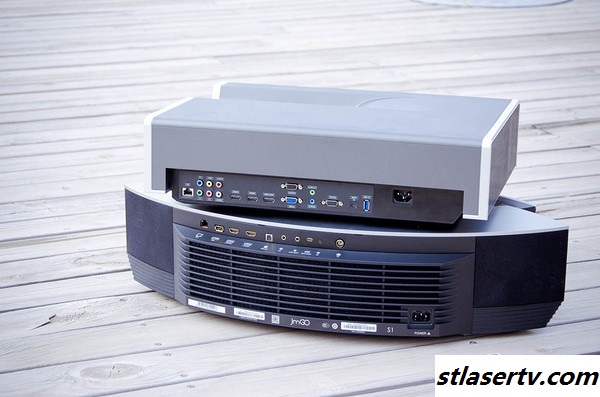 Another problem is the focusing problem of laser TV. Many laser TV products provide manual focusing mode. This way of focusing is not very convenient. Users need repeated operation to make sure. The current price of laser TV is not cheap. For a high-end product, it is necessary to provide auto focusing. 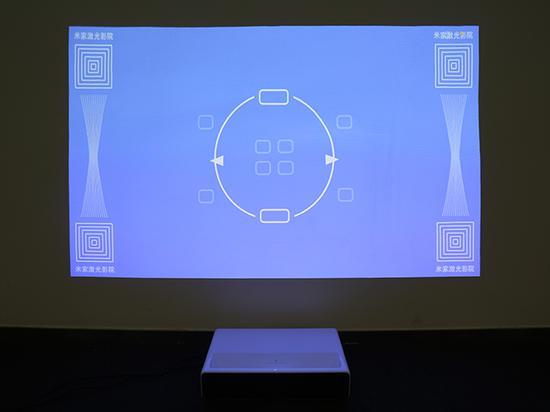 In addition, due to the principle of projector, after a long time, there will be some changes in the clarity of the picture, so laser TV needs to focus every once in a while. And at the time of installation, see the picture in the distance of the focusing is more convenient, the user can see the bigger picture for details of the performance is more understand. We think that auto focusing is still necessary for laser TV products.

I hope these will help you to buy a laser TV.  More information please read the following article:  Best Laser TV 2018 – Buyer’s Guide.